The Hagia Sophia Museum is a church built in 532 at the command of Emperor Justinian. This structure, which was constructed with the collapse of a church in the same spot in the beginning, was built in a short period of time like 6 years. Justinian was bragged after such a splendid construction in such a short time, according to a custom. Justinian shouted at the Hagia Sophia that “I am now greater than you, the Prophet Solomon!”

Hagia Sophia, which is thought to have been built on the Temple of Artemis, is such a magnificent interior adornment, mosaics and unique architecture. In addition, the interior section is also striking. Even with its interior architecture, it is known as one of the wonders of the world. The dome at 33 meters wide is 55.6 meters high at the base. After the conquest of Istanbul, Hagia Sophia was transformed into a mosque. For this purpose, four dome was added to the mosque.

Related: You can visit The Blue Mosque, Galata Tower in Istanbul, or another historic place in Izmir Ephesus Ancient City. 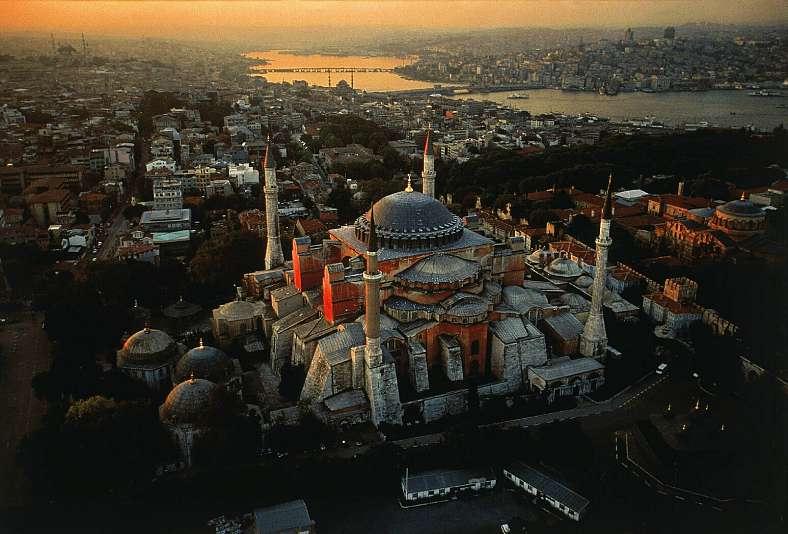 It has been used as a museum from 1934 until today. Haghia Sophia Museum, which is one of the most tourists points of Istanbul, has survived many dangers throughout its history but has managed to survive daily. The motifs involved in the doctrine are told that Jesus and God are not the same, which is a reform for the Christian world. The museum carries impressive traces of both the Christian and Muslim worlds.

Hagia Sophia, seen as the first and last unique application in terms of architecture, magnificence, size and functionality; It is a product of eastern-western synthesis, which has been an inspiration for the Ottoman mosques in their opinion. This work is among the most important monuments of the world’s architectural history that have survived to the present day. With its history, architecture, mosaics and Turkish nature, Hagia Sophia has attracted the attention of the whole humanity for centuries.

Hagia Sophia saw various repairs in the Turkish era which started with the conquest of Istanbul. The periphery of the altar contains the most beautiful examples of Turkish tile art and Turkish writing art. The famous Turkish Latter Kazasker Mustafa İzzet Efendi in the dome is the most interesting one with 7.50 meters of round plates from a Qur’an. These plates contain the names of Allah, Muhammad, Omar, Osman, Ali, Hasan, Abu Bakr and Husayn. On the sidewalls of the mihrab there are plates that the Ottoman sultans wrote and presented to them.

When the places to visit in Istanbul are mentioned, the tomb of Sultan Selim II can be seen on the outside of Hagia Sophia Museum which is the first place that comes to mind. The Mahmud I Library on the inside is also very interesting. The reading process and the book portion are separate, the library’s wall processes are in the nature of art. There is also a bronze column carved in the middle of the museum. Over time, the sacred pillars were named Dilek Sutunu.

Arrival: You can reach here by tram from Gülhane or Sultanahmet stops. If you are in a place where you can not reach by direct tram, first you have to come to Eminönü and get there from there.