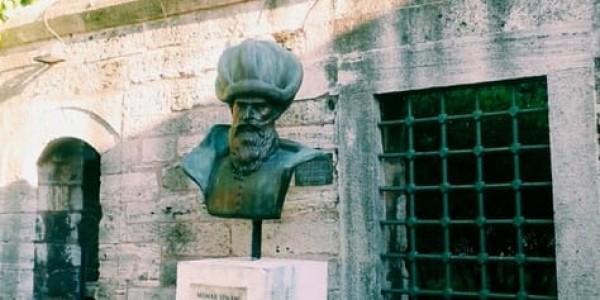 Caferaga Madrasah is on the right side of the street, from Hagia Sophia to Sirkeci, before reaching Gulhane. Here you will see the signs of the Caferiye Street and the Caferaga Madrasah. When you enter this street, the chaos of the Sultanahmet Mosque, the trams and the voices of the vehicles disappear. In the stone paved street, the houses made of wood and stone are restored and transformed into the old face, and this environment gives you an Ottoman atmosphere. 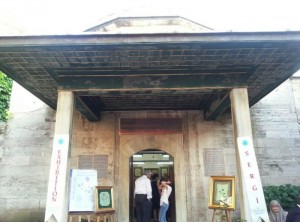 You will see the Sogukkuyu Disruption after going about fifty meters in the street. This street which descends downhill on the left attracts the magnificent view. As we head towards the door of the downhill courtyard, it is possible to observe the artists in the small handcrafted art workshops around. There is so much peace of mind that it is not possible to envy artists. When you enter from the gate of the madrasah, Sinan The Architect greets us like a sentinel waiting at the beginning of his work…

Caferaga, the founder of the madrasah, lived during the reign of Suleyman the Magnificent and was a Babüssade agha. Caferaga, who was an eunuch, started the construction of the madrasah in 1554-1557 together with Sinan the Architect. Caferaga died in 1557 and the madrasah was completed by his brother Gazanfer Agha in 1559. 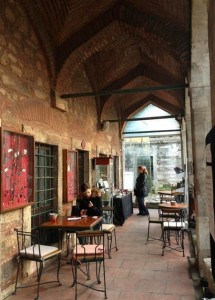 Caferaga Madrasah has an arched door and has a rectangular courtyard. The cells around the courtyard formed the school buildings. The madrasah has a very moving view because it is made with a sloping land. Sinan the Architect applied the slope architecture here very well. There are three inscriptions on the entrance to the madrasah. One on the top and the other on the right and left. In the above inscription it is stated that Sultan Suleyman the Magnificent gave permission to the water from the Basilica Cistern to the madrasah. The other two inscriptions refer to philanthropists who donated olive oil to the lamps of the madrasah.

The madrasah, which was used as a shelter for the poor people until 1989, has since become a cultural and touristic place where Turkish handcrafts are taught, produced and sold. There is also a cafe service in the courtyard. I especially recommend it for those looking for a quiet and pleasant environment. 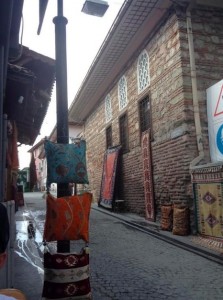 The Madrasah was built as a neighbor to the Hagia Sophia Museum. It is in the Soğukuyu Çıkmazı, which overlooks the southern wall of Hagia Sophia, on the street of Caferiye. In order to come to madrasah you will first need to come to Sultanahmet Square.

To go to the Sultanahmet Square, those on the European side may prefer the Kabataş-Bağcılar Tram Line. Those coming from Anatolian side can come to Sirkeci by metro. It is also possible to come to Kabataş, Eminönü or Karaköy by sea and transfer to the tram line. For those who want to come with a personal vehicle, the advice is to use public transport. There is always heavy traffic in the area and finding parking is also quite difficult.