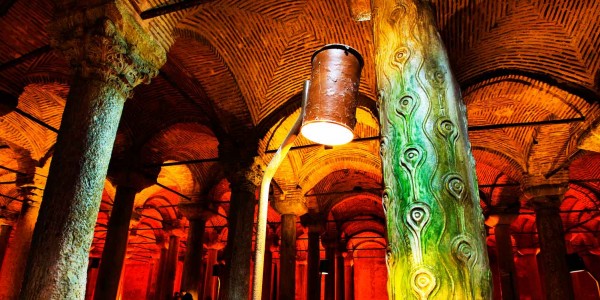 Since Istanbul was always wanted to be seized by strong states in all ages of history, Byzantine emperors built cisterns in many parts of the city and provided water for the people during the siege. The Basilica Cistern was built by emperor Iustinianos in the VI century. The water of the cistern was brought from the Belgrade forest, 19 km away, with the Cebeciköy Arch. The cistern also served for a long time in the Ottoman period. 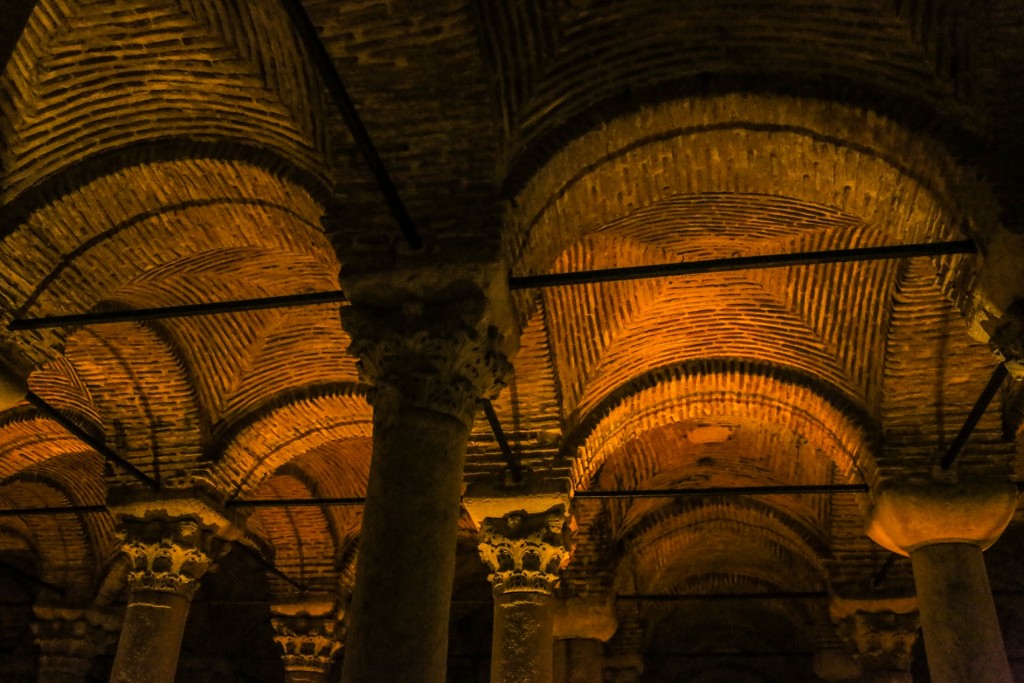 Basilica Cistern (Yerebatan Cistern) is quite large: 140 m long, 70 m wide, 8 m high. The interior of these dimensions is approximately 80,000 cubic meters. Because the cistern is closed, there are 336 columns arranged in 12 rows of 4 ‘meters apart to hold the ceilings. The size of the columns are 8 meters.

There are two more important closed cisterns besides Yerebatan in Istanbul. One of these is the Binbirdirek Cistern located under the children’s park between Sultanahmet and Cemberlitas, and the other is the Jesus Cistern in the street behind Acimusluk. Both are used today as warehouses.

It is the largest and magnificent closed cistern in the city. The cistern is entered from the small building to the west of the Hagia Sophia. In the view of the colonnade, the ceiling of the place is brick-woven, cross-toned. At the time, it was known by this name because of a nearby basilica. It was built in the time of Justinyen I (527-565) to supply water to the palaces nearby. The total of 28 x 12 columns is 336 and have 170 x 70 meters’ dimensions. Some are simple, most of them decorated with column headings in the Corinthian style. The water level changed according to the seasons. The water was given to the outside with different kinds of pipes on the east wall. Traces left by water levels can be seen in the columns. Floor cleaning was done during the major repairs in 1984. At this time, more than 1 meter of sludge has been cleaned. The original brick floor and two columns of medusa head marble blocks were unearthed. It was possible to go around the cistern by the way it was built. 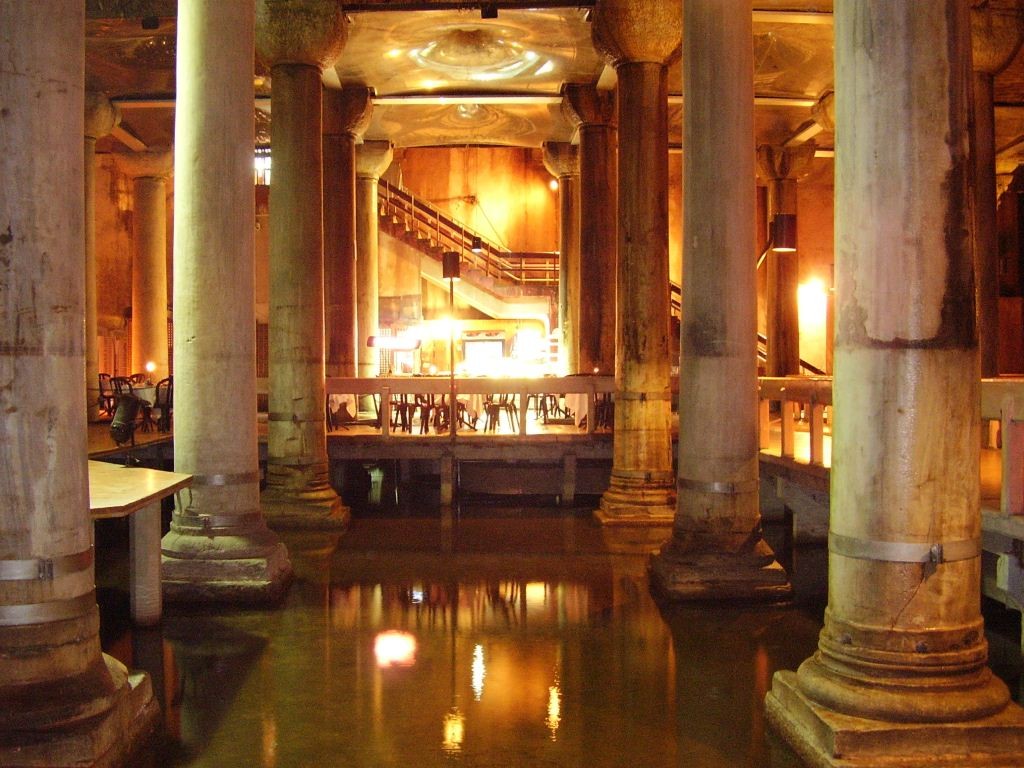 How to get to Basilica Cistern (Yerebatan Cistern)?

The easiest way to go to the Yerebatan Cistern is to use the tram line. It is possible to walk to the cistern when you arrive to the Sultanahmet stop with the tram line running between Kabatas-Zeytinburnu.

If you come by bus, you can come to the cistern with any bus going to Sultanahmet. Or you can take the bus to the Grand Bazaar and walk there for 10-15 minutes.

For those who will come with a personal vehicle, the cistern may be somewhat distressing for those who are strangers to Istanbul, since it is more of a locale that separates into trams and pedestrians. It is also possible to reach the cistern if you follow the signs of Hagia Sophia after reaching Eminönü.