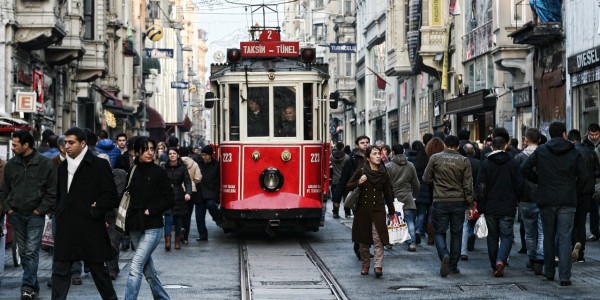 Istiklal Street is the most famous street and heart of Istanbul. Every year, millions of tourists start to visit Istanbul from here. The beginning of Istiklal Caddesi is Taksim Square and the end is called as Tünel. I suggest you start walking around Taksim Square. There was a big bus stop on this square and the traffic was quite crowded. But now only people can use it. So it is now more convenient to take pictures and walk around here. 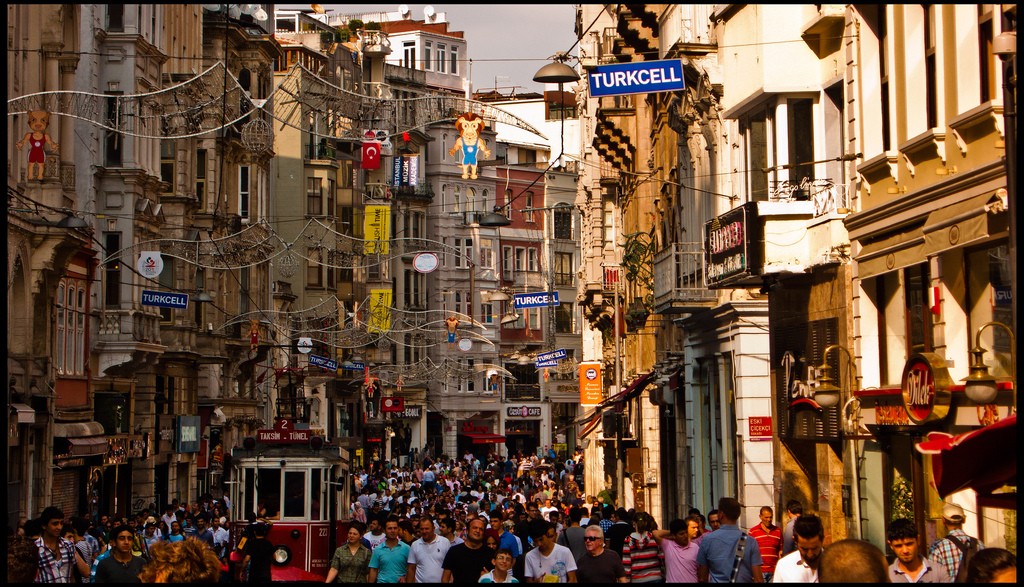 The face of the monument to Istiklal Street symbolizes the Republican period, while the face facing the Harbiye symbolizes the August 30 Victory. On one of the sections on the side there is a woman with a veiled face, which symbolizes Ottomanism, and the other side, the open woman, represents the modern republic.

Related: You should see also The Blue Mosque andRumeli Fortress in Istanbul…

Istiklal Street Welcomes You With Its Huge History

At the entrance of İstiklal Caddesi you will see a hexagonal building on the right. This is the tiny building that gives its name to Taksim Square. This is the structure that divides the waters in the water reservoir into the surrounding neighborhoods. Distribute means Taksim in Turkish. So its name came from this meaning.

There is a historical waste water tunnel about 1-2 meters below the tramway which starts from under the FrenchCultural Center and ends in front of the Galatasaray High School. I will say: Do not pass by saying the earth is your land. Diagnosis! The date does not end here. There is a big cemetery under Taksim Square. Under the tunnel, there is a water tunnel.

The important structure of Turkish cinema is Emek Pasajı here. This is the first nightclub of Istiklal Street. And this is certainly the most glorious most magnificent club. In 1918 and afterwards, the invader is the number one entertainment venue for British and French soldiers. The reliefs on the wall of the building are very attractive and beautiful. The angel figures really contribute to the history of Istanbul.

And we came to Galatasaray Square. The gate of the lycée giving the name of this square is truly fascinating. Galatasaray means the palace built on the backs of Galata. You should definitely see Galata Tower after Istiklal Street trip.

Now it’s time to rest. You can now enter Marquis Pastry with famous tile panels. If your stomach is hungry, there’s some fast-food stuff. You can drink a cup of coffee and have a nice rest. Some places are destiny. It’s like a pastry shop. It’s like this place was created to be famous and aristocratic. But he is now the Marquis of the people.

After you have coffee, you can visit the Botter Apartment, the first fashion house in the country. The owner, Mr Botter, is a beautiful and well dressed lady. This building also operated as a fashion house. Dozens of women who want to come to the famous fashion house are dressed every day and they try to prove that they belong here. 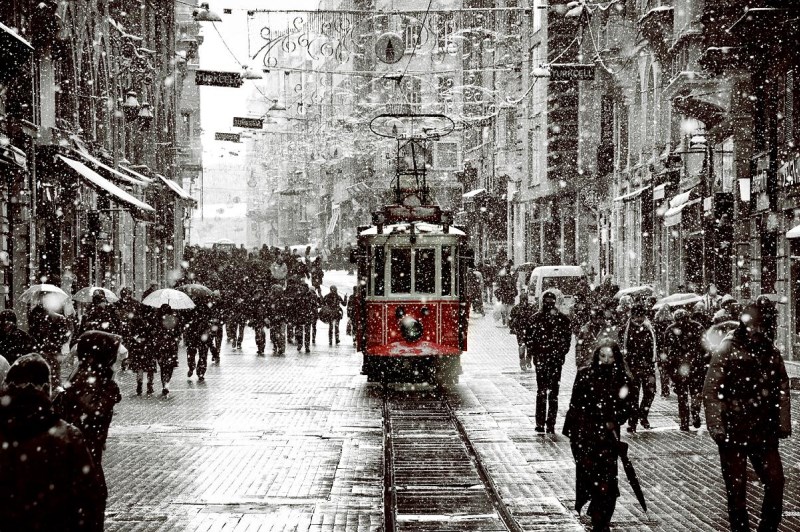