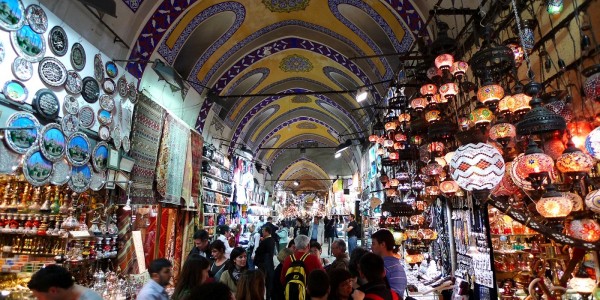 After the conquest of Istanbul, the grand bazaar built by Fatih Sultan Mehmed Khan, which is a big bazaar from streets with shops covered with roofs and domes. It is the oldest commercial center of Istanbul and its name is Çarşu-yı kebir = Büyük Çarşı. Just like in other Ottoman cities, Istanbul was also built with a bedesten that would be the center of the commercial life. The inner bedestene, which constitutes the core of the Grand Bazaar built in 1460, was called Cevahir bounty and was donated by Sultan Mehmed Khan to be given to Hagia Sophia. Sultan Fatih took a measure to revitalize the commercial life by building many shops in this area and also provided a great income for his charity.

Related: When you come to Istanbul, you should visit other historical places Rumeli Fortress, Dolmabahce Palace, Basilica Cistern… 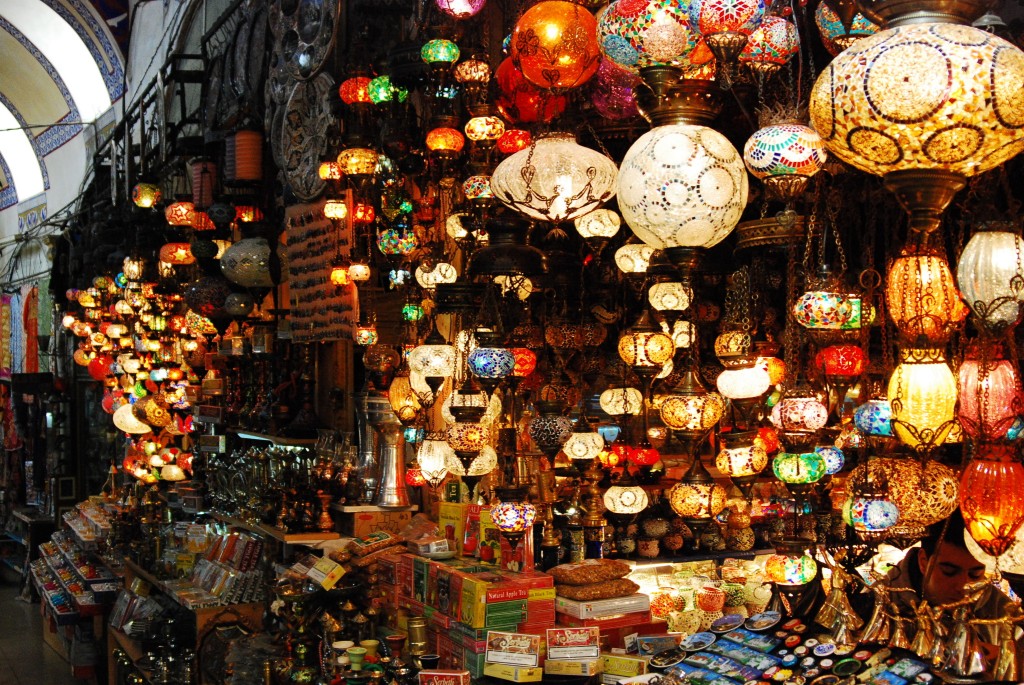 Bezzâzistan-ı akîk, the sandal bedesten, was the first addition to the inner bedesten. The Grand Bazaar has expanded continuously, including the revolt of Kununi Sultan Süleyman Han. The bazaar spread over the area of 30,700 m2 between Nuru Osmaniye and Bâyezid residences and Mahmud Paşa market took its present form.

Old Grand Bazaar is bigger than today’s bazaar. It consisted of two bedestens, 4,399 shops, 2,195 cells (small shop), 497 cabinets, 12 cellars, a hamam, a castle, 10 mosques, 16 fountains, 2 fountains, a seagull, 8 wells, a mausoleum, a school, 24 workshops. Today, street names in the Grand Bazaar are a treasure trove of tradesmen who once gathered together.

The Grand Bazaar opened with the prayer in the morning time. The ceremony of the pray was commissioned by the chief of divisions, and this person called the prayer. He would invite the prayer attendant to the prayer with the message “let’s do the prayer”. Prayed for the goodness of the ruler and the army. After the prayer, the master gave advice; “The goods will not be bought and sold without the guarantor, no cheating will be done”. Shopping at the bazaar was from morning to mid-afternoon. The sale of expensive items was usually done on Thursdays.

In the Grand Bazaar, there is an object and a human crowd that will amaze the person. However, the confusion is apparent. This big market is as steady as a barracks, and it will still be able to find everything a person is looking for in an hour or two without a guide. Every commodity has a small neighborhood, a small street, a small corridor and a small square. Break into the market and spend the day without notice. Fabric and esbap bazaar is a marvelous bazaar, a fair that is rich enough to lose the sight of the person, mind and soul.

The world famous Italian literary man Edmondo de Amicis gives information on the Ottoman capital in his travels with Istanbul and summarizes the Grand Bazaar:

“The Grand Bazaar does not have a case to attract attention from the outside and to predict the inside. You are enchanted when you get in through the door. The arched poles, arched domes based on pillars, covered streets, mescids, fountains, four way potholes, small squares meet you. It encounters a true city, like a sunlit that leaks into a woodland, illuminates with a weak dim light, and a very large crowd wanders.”