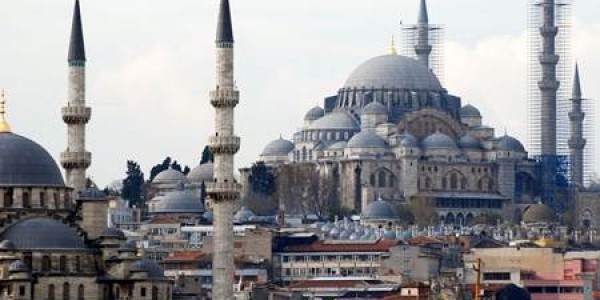 Suleymaniye Mosque was built between 1550 and 1557 by Mimar Sinan in the name of Sultan Süleyman the Magnificent. In the vicinity of the work built in the style of classical Ottoman architecture, there are many buildings such as madrasa (school), hospital, hamam, library, soup kitchen.

The Süleymaniye Mosque has 4 minarets. This is because Sultan Süleyman the Magnificent is the 4th Ottoman Sultan after the conquest of Istanbul.

Two minarets close to the mosque have three, and the two far away have two balconies. A total of 10 balconies in the minarets represent Süleyman the Magnificent, the 10th Sultan of the Ottoman Empire. The mosque carries 4 large plumes (dome diameter (D): ø26.5m, height of the dome (h) = 53m). These columns have been moved here from different locations. One from the Baalbek Temple in Bekaa Valley, Lebanon, the other from the city of Alexandria in Egypt, the others; It was brought from Topkapı Palace and Vefa district. 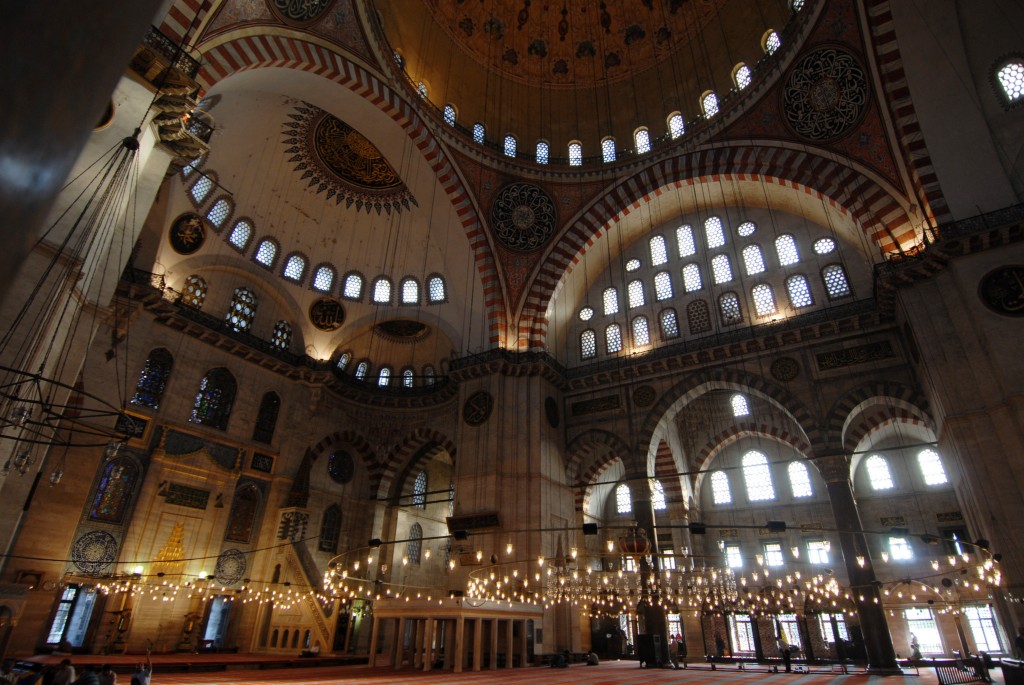 The most important feature of Suleymaniye Mosque is its acoustics. The great Master Mimar Sinan worked very hard for the acoustics to be perfect and to hear the sound from every corner of the mosque. For this he placed hollow cubes around the dome and at various points of the mosque.

When you visit Istanbul, you definitely see other Ottoman architecture examples like Galata Tower, The Blue Mosque and Rumeli Fortress…

An interesting story about the acoustic works Mimar Sinan made in the mosque is also told. Architect Sinan spends a lot of time on the acoustics and construction takes longer than expected. Some people who do not like Mimar Sinan say to Sultan Suleiman the Magnificent that Mimar Sinan is wasting his time and even smoke narghile in his mosque. The Sultan, who is very angry with it, goes to the mosque immediately. The sultan sees Mimar Sinan while he smokes narghile, then he needs immediate explanation. Mimar Sinan explains that there is no tobacco in the narghile, only an acoustical study done to understand how the sound of bubbling water is heard in the mosque.

Although the interior of the mosque is aesthetically quite spacious and simply designed, there is also a grand air. The most beautiful examples of calligraphy are displayed inside the mosque. These artifacts were made by Ahmet Karahisari, one of the best masters of the time, and Hasan Çelebi, a talented student of Karahisari. We see the Surat Al-Noub at dome. The fact that the letter is written in large letters that can be read from below has not lost anything from the beautiful artistic value and grace of the writing. The tiles used in the mosque were brought from Iznik. The stained glass patterns used in the glass of the mosque were made by Sarhos Ibrahim, the most famous stained glass master of the time.

When Suleymaniye Mosque was first built, hundreds of candles were provided to lighten the interior. Think of the smoke and heat coming from these candles, and normally they must pollute the environment day by day. The great Master Mimar Sinan, with his great architectural intelligence, has accomplished to collect smoke and obtained the ink from it.

The important fermans were written with this ink, which was obtained from smoke. Because the desired ink is more durable than the normal ink. 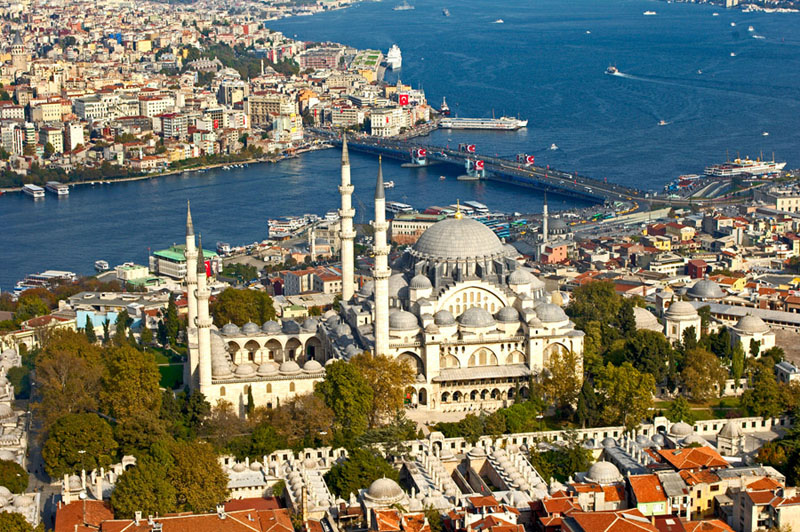